Gabriel Salifyanji Tembo (Born December 28, 2005.), known professionally as Gabriel Tembo AKA Verified is a musical artist and author. He is known for his novel, Greigantle-Spies Are Everywhere which he uploaded in January, 2021 and his album, The Flute which he released in May, 2021.

Gabriel Tembo's full name is Gabriel Salifyanji Tembo and he was born and raised in Lusaka, Zambia by his parents (Louis Tembo and Ida C. Tembo). He has two siblings (Michael Tembo and Esther Tembo). Gabriel Tembo begun writing books on pieces of paper at the age of 7. Gabriel Tembo is 1.78m tall. He is a black person with brown eyes and black hair.

In May, 2021 he uploaded his music to 30+ different music platforms. His novel Greigantle-spies are everywhere was published on many platforms and is currently ongoing on webnovel as a paid novel (as at July, 2021)

He enjoys writing novels that deal with; sci-fi; adventure; action; and many more. His music genres are: Hip-Hop/Rap, Dance, Seasonal, Alternative, Hip-Hop, Dubstep, UK Drill and many more.

Over the year 2021, He released a number of albums which are available and have made him noticeable to the public. Other than The Flute, In 2021 Gabriel Tembo released Happy Mood, Wonderful Life, GreekFire!, I'm A Star The Clouds, Cybots(single). In 2022, he released one of his best albums so far, Happy Mood-Bonuses and SK.16.

"We all start somewhere, what matters is where you're going. It doesn't matter what life throws at you, Don't give up, continue the run and finish your journey"

"People don't define how pretty or handsome you are, it's your character"

"Stop comparing yourself with others. Comparisons destroy personalities"

I can do all things through Christ that strengthens me! 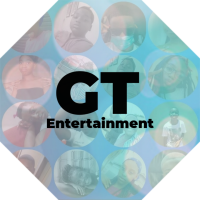 On this page, you will find songs and albums by Gabriel Tembo

You will be able to download albums and videos

Images of Gabriel Tembo will be displayed on this page
Click to read more ...
Made with SimDif
Gabriel Tembo